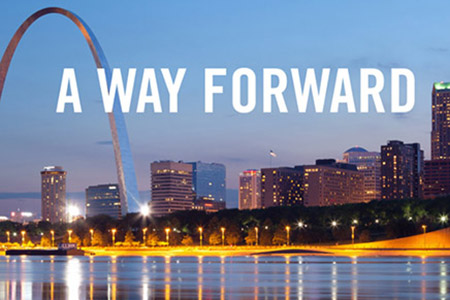 Overview of the 2019 Special Session of the General Conference

On Sunday, March 24th, a special meeting was held after worship so that the clergy of Central UMC could provide the congregation with an overview of the recent decision by a Special Session of the UMC General Conference regarding the ordination of LGBTQ individuals and performing same-sex marriage within the UMC.

Prior to this meeting, questions were received and the presentation was designed to answer these questions. The question fell into four groups:

The global United Methodist Church met in St. Louis, Missouri, February 23-26, 2019. During the four days together, delegates to the General Conference took a vote on whether United Methodists would change the wording in the Book of Discipline that restricts ordination of LGBTQ individuals and same-sex marriage. Two plans had been proposed and were voted on.

The Traditional Plan. This proposal would leave the current statements about homosexuality, same-sex marriage and the ordination of LGBTQ persons unchanged. Additionally, in this plan penalties for going against these rules were strengthened.

The Traditional Plan was passed by a vote of 438 to 384. Progressive United Methodists are not, by and large, in agreement that this plan is the way for the denomination to move forward.

Also discussed and voted upon was proposal 90066, which would govern how churches might leave (or “disaffiliate from”) the denomination.

The Traditional Plan proposal will now be evaluated for constitutionality. The bishops have requested a ruling on the constitutionality of the disaffiliation plan, also. These issues will be addressed by the Judicial Council when they gather on April 23-25, 2019.

What Does This Mean for Us as a Local Church?

We don’t yet know what will change, and what will not. Anything ruled unconstitutional can be addressed at the next regularly scheduled General Conference in Minneapolis on May 5-15, 2020.

Currently, the Bishops have recommended that local churches take a “wait and see” approach while the constitutionality of the proposal is evaluated.

Any action taken at the local church level would be a church-wide decision, and the full implications and ramifications would need to be explored and evaluated.

Are LGBTQ People Welcome at Central?

LGBTQ people have not been banned by the United Methodist Church. Paragraph 4 of the Book of Discipline still reads:

“The United Methodist Church acknowledges that all persons are of sacred worth. All persons without regard to race, color, national origin, status, or economic condition, shall be eligible to attend its worship services, participate in its programs, receive the sacraments, upon baptism be admitted as baptized members, and upon taking vows declaring the Christian faith, become professing members in any local church in the connection.”

We must recognize, however, that many LGBTQ people and their friends and families were hurt by this decision. At Central, we believe ourselves to be an open and welcoming congregation and will continue to try and live out that mission.