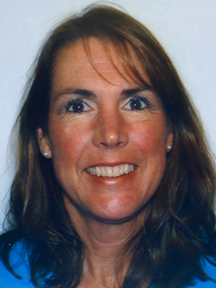 When did you first come to Central?
We became members of CUMC in 1993. I began directing the children’s choirs in 2000, so this is my 17th year as choir director.

What is your favorite snack?
Anything with cheese on it! A slice of pepper jack rolled up with ham or lots of melted cheeses on a nacho are probably my most favorite, but seriously it’s all about the cheese!

What was your childhood ambition?
My childhood ambition was to become a veterinarian or a teacher. I became a teacher, so one out of two isn’t too bad. Later on, I just added music to the teacher career choice. I’ve also wanted a horse since I was old enough to know what one was, and my older daughter and I have owned our beautiful Quarter Horse mare for 4 years now. She’s a hobby that requires a lot of care so maybe that goes back to my veterinarian dream!

If you could vacation anywhere… where would you go?
I would go to England! My grandmother came to America from England as a little girl, and for a long time, we had some family still there. We would get the most interesting Christmas cards from them each year, and one of my favorite wonderful wedding cards is from my great-uncle in Kent. I want to see where a part of me is from, and explore what makes the people and the country unique.